The Koi Fish is one of the most colorful and striking fish of Chinese / Japanese origin. It is known by the name Carp or Koi Fish (it is from the Carp Fish family). Today we are going to explore how to care for Koi fish and its significance and meaning.

How to care for koi fishes

It can achieve a size of between 50 and 90 centimeters and it’s highly sought after because it adapts to both high and low temperatures, making it ideal to have in your aquarium or that koi fish pond to give it color and life.

Its place of origin is Asia and it is present in some parts of Europe, but at present, it is present in all continents of the world. Its natural habitat is stagnant or poorly flowing waters

Its resistance is quite important and it can withdraw freshwater such as brackish and temperature that can vary between 17 to 24 degrees. This article is all about the Koi fish, how to care for it in Feng Shui, and its benefits.

They are classified as omnivorous fish and the most frequent menu in their natural habitat is aquatic plants, zooplankton, crustaceans, mollusks, arthropods, and dead fish.

But when they are in aquariums or in our ponds we can give them vegetables, fruits, cereals, and earthworm or larvae, flies, ants, dragonflies, among others that are well received the fish.

Something that we should know is that they have a small digestive tract, for which we must control a lot of food and this we can also control for seasons in winter, only once a day we feed it, but in summer we can it several times.

What is the meaning of Koi Fish?

Surely many would have seen koi fish before in a tattoo, an art of which Koi fish is one of the great allies thanks to its appearance and especially its symbolism.

What do Koi fish symbolize?

As explained before, From the beginning of the 19th century, the Japanese realized that the koi fish mutated in other species of different coloration: from the kohaku, which is white-bodied and red spots, to the yamabuki, golden in color.

Following the discovery, locals separated those beautifully colored Koi fish into secluded ponds, conserving them as their nishikigoi (or ornamental animals).

In Asian culture, each fish has symbolism based on color. Hence the color blue represents masculinity or peace, while red evokes love, passion.

Why are koi fish so special

Regarding the “real world” the cultivation of Koi fish in Feng Shui rice ponds was introduced by the Chinese in Japan in the 16th century, specifically in Nigeria prefecture, where winters were especially cold.

How to care for koi fish

Caring for koi fish is very important as they grow and get large quickly. Once they get mature. Keep Koi in an outdoor that needs to be at least 3 feet deep. Another point is that the water level must be adequate with at least 50 gallons of water per fish.

On another hand, Young Koi can be kept indoors in an aquarium with water of at least 29 gallons. Place the aquarium where they can get the direct sunlight and drafts

Where do koi fish live

Though they are not wide, these fish can and do survive in wild freshwater habitats such as lakes and ponds.

what do koi fish eat

Koi fishes are omnivorous (eats all). They eat many varieties of foods: like peas, lettuce, and watermelon. Koi fish food must be nutritionally balanced but also allow them to float so that they can come to the surface. Find Fish Food Items here.

What to feed koi fish and what to avoid.

what does koi fish baby eat

Koi fish Baby can eat things like fish flakes, powdered freeze-drilled krill frozen daphnia cubes. There are wide varieties of koi fish babies in the market which you can buy. 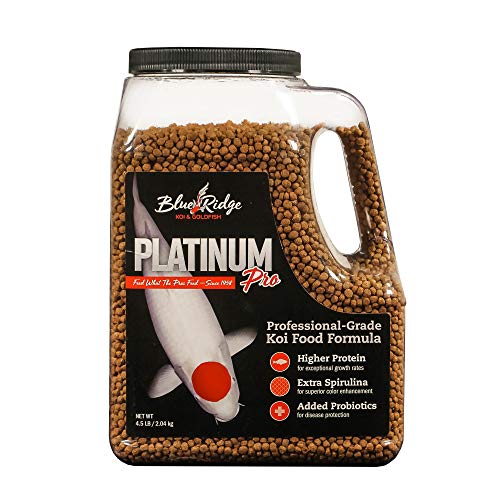 are koi fish good to eat?

For many people, koi fish are like pets to them. But with regards to this question “can we eat koi fish”, the answer is yes.

These fish can be eaten and their prices are very high as well. But before you buy them you need to check the vendor as many places they are fed chemical that is not good for your health. But on the other hand, there are some taboos below.

Why Koi fish cannot be eaten?

For many people, the koi is just like carp meat, Also koi meat. Which is a bit tough to chew. Also, another fact is that koi fish shallows, stagnant water, so the risk of picking up a bacterial infection from them are high. Finally, it’s up to you, whether you want to eat or not.

There are almost 100s varieties of koi fish, but below we are going to discover the top 13 types based on their colors, which are quite popular.

How Long Do Koi Fish Live In A Pond?

Koi fishes can live 100 years, but only if well cared for. In general, they live 20-30 years. The fish grows very fast span of their life, so Koi demands a big environment and maintenance (which is very costly).

Oldest living fish in history ever- which was born in the year 1751(Hanako), at Tokugawa era in Japan and died on July 7 1977 at a grand age of 226. Really amazing though.

What Is The Meaning Of Koi Fish Dragon?

The Dragon in Feng Shui represents strength, power, whereas the koi embodies the perseverance and strength of will. When they are used together, the Koi fish dragon represents transformation and rebirth.

What Does A Koi Fish Tattoo Represent?

Where To Buy Koi Fish Drawing?

Koi fish drawing and tattoos are the hot favorites nowadays, as they symbolize the struggles one has overcome. It spread positivity and hope to others. Here is my top recommendation, if you wish to buy Fish drawings and Koi Fish Wall Paintings.

How Many Koi Fish Is Good Luck?

For you to know the number of fish you have to keep in mind your aquarium to attract good luck, the only thing you have to do is to follow the Feng Shui rules

There is a rule, which is to calculate the surface of the water to find out how many fish our aquarium can have, based on that gas exchange. This rule says that an aquarium can house one centimeter of fish, for every 12 square centimeters of the surface.

Keeping red and black koi fish together is a good idea as red is associated with power and energy. This is simply the logic behind the number of Feng Shui Koi good luck fish.

For many, Aquarophilia is more than just a hobby they consider it a true spiritual therapy, and within that context, there is a species that transcended human borders and whose influence is increasingly noticeable in the west. This is the Koi fish.

Today, it is possible to see them in ponds that welcome home, in special aquariums adapted for their size, in companies whose environment was harmonized to attract good vibes and even tattooed on the skin.

The documented evidence of the Koi fish ponds dates back thousands of years. Among the reasons for its upbringing, the myths that are woven around this animal stand out. In Shintoism, one of the main religions of Japan, the Kami or spirits of nature is venerated.

“Hence the philosophy of relaxation, of the change of seasons and the transformation with water imp general”. For this reason, in Japanese lands and Chinese, the Koi is considered sacred.

Due to its perseverance to face the problems that appear in its habitat. It is this same resistance that inspired the origin of one of the best-known legends of our time: that of the dragon.

Oral tradition says that the Koi who managed to swim upstream in the Yellow River, up to the point called Dragon Gate, as a reward for their effect upon arrival, transformed into the mythical creatures that spitfire.

For this reason, these fish are believed to attract fortune, both in business and in married and academic life. They are also associated with strength in adversity and persistence.

Feng Shui Betta fish should not live alone. Males can live with other species and females can live together. These fish have an organ known as a labyrinth.

A Feng Shui koi betta fish tank should not be too small. They need a stimulating habitat and also enough space to be able to swim.

These fish are known as Siam fighters and hail from Thailand, Laos, Vietnam, and Cambodia. In their natural habitat, they have slightly less opaque colors when excited.

Despite this, when they are in a fishbowl, they usually give us colors such as green, blue, or red. They have beautiful fins and are very popular with fish lovers.

In fact, they are so in demand that they are the second most common type of fish in home aquariums. They can be purchased at pet stores, they are not too expensive and do not require too much maintenance.

In order to be trained, they require stimulation and space to live well. For this, you have to have a fish tank of a certain size to get them to have enough space to enjoy their living space.

FAQs on How To Care For Koi Fish

Q: How Much Does A Koi Fish Worth + Where To Buy Koi?

You must be wondering “how much do koi fish cost”? The cost and price of the fish depend on certain varieties of it. A high-quality 6-inch (white, shimmery) usually cost around $3000.whereas a golden, metallic-colored fish of the same size may cost $100.

Koi fish can live without a pump in freshwater but they will not be serviced longer, as they need water to be oxygenated. In the case of a lotus pond since water is not clear and has a muddy environment, in such case survival of koi fish is difficult.

Well, guppies are smaller than Koi carp, and they can be attached by koi. So they are not compatible with each other.

Koi fish can be lived with Catfish and Barbel, as they are the same size, nature. Apart from these two we cal also keep Goldfish, Suckermouth catfish.

Talking more about the spiritual meaning of the Koi Fish, It’s also seen as a symbol for the self. Here we discussed everything about how to care for Koi fish and its care guide.

The ancient Egyptians saw in the fish symbol of the soul. In Buddhism, the fish is seen as a sign of spiritual power. Another interpretation is that the fish are capable of taking us to the land of our fantasies (remember the mermaid). Water generally represents emotions, indulgence, letting go, cleanliness.

Water is a prime symbol, which generally embodies the soul’s own life with conscious and unconscious content. There should be a black koi in each pond as it absorbs negative energy. Therefore, If you have a black Koi in your pond and it dies, you should be thankful that this koi has captured the bad energy that was going to go against you or your family.