The Feng Shui money frog is three legged toad symbol of prosperity and is popularly known as a money toad. It is believed that this mythological creature with three legs attracts wealth and abundance.

As per Feng Shui, the money frog placement should be kept in the southeast corner of your space or what can be defined as your home’s energetic center of money.

But the followers of Western Feng Shui or BTB suggest that the ideal place to keep the money frog is the top left-hand area of your space.

As the correct money frog placement is extremely important as per the beliefs of Feng Shui, we will learn more about that in this article.

What Does The Money Frog Statue Represent?

how to activate money frog before placement?

For people who are looking to invite wealth and abundance in their lives, the Chinese art of Feng Shui can offer them several such ways.

These charms will enhance the energies in your space by bringing together all the five elements of nature and bringing wealth, prosperity, and abundance inside.

Which Is The Best Feng Shui Money Frog Position and directions?

There is no doubt that money frog brings prosperity to your home or business but only when kept in the right position. You can also find a rare figurine of snake cobra toad, which has a great combination to attain success.

Since, if it is kept in the wrong direction at any place where you want to abundance to flow, the money energy leaves the place instead of flowing in.

Where To Place Money Frog For Success

In this section, we are going to discuss some best placement for money frogs. Let’s find out now.

1. Money frog placement in the house

2. Money frog placement Inside the Room

As discussed earlier, the ideal Feng Shui money frog position is either near the house entrance or in your wealth corner i.e. the southeast corner of your space.

Now the question is where and how to get an authentic money frog. Find below my top picks for you, that can either use a small table or cabinet to put the money frog at the desired location. 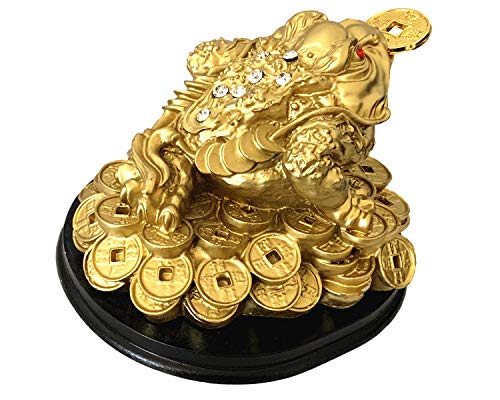 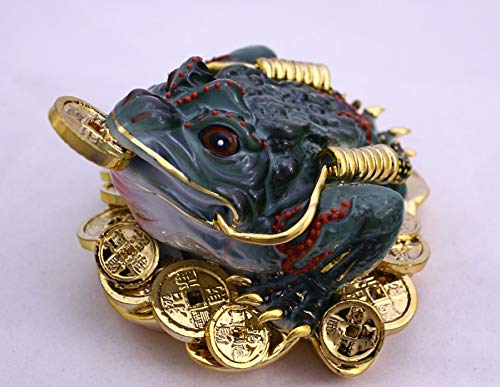 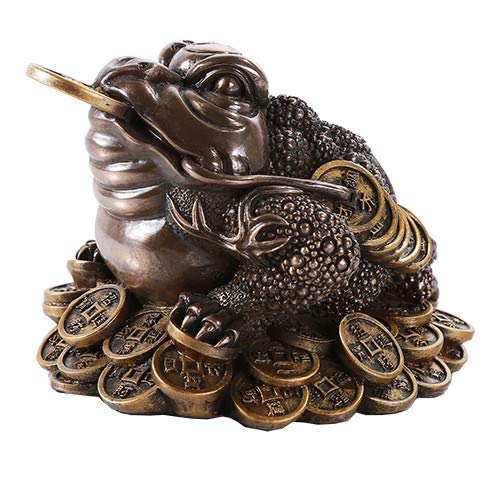 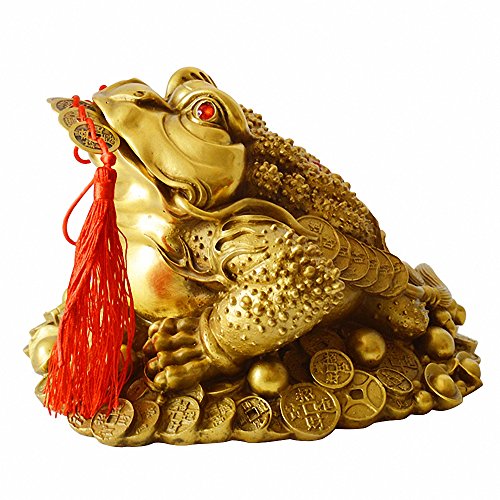 You would notice that the three legged money frog always has a red coin in its mouth.

To understand the reason behind it, you must understand that the symbolism of the money frog comes from a version of Chinese folklore. As per a popular legend, there were the eight immortals.

The wife of one of them was greedy. Her desire to acquire great riches made her stole the elixir of immortality.

For her actions, she was punished and turned into a tadpole having a tadpole’s tail instead of hind legs. Also, she was banished to the moon.

In a similar legend, it is believed that immortals took advantage of the toad’s fondness for wealth. Therefore, they lured it out of hiding using gold coins.

It is believed that the money actually sticks to this greedy toad when it travels the heavens and keeping a money frog in your home will shower upon you the same wealth and prosperity.

For the same reason, the Chinese money frog is typically depicted as surrounded by money and having a coin in its mouth.

How Do Money Frogs Work For Luck And Wealth?

Types Of Money Frog And Its Significance

You can find money frogs in several colors and make from different stones as well. Their typical depiction consists of a round belly, bulbous head with a money pouch, and an unusual tail-like leg in the back.

They are often placed on a bed of coins, gold ingot, eight-sided Bagua, which are charms for wealth as per Feng Shui. If you notice their mouth, it will either have strings of coins trail or a single red coin.

In case you find that the coin is missing, it is strongly advised to buy one and place it inside the mouth with a fake ruby side.

All types of money frogs are considered to attract money energy to your home or office and provide protection from any bad financial influence.

Some people prefer the jade money frog as jade has a great significance as a gemstone that encourages wealth and fortune.

how to clean money frog?

It is believed that the three legs of the money frog represent the harmony of the holy trinity of heaven, earth, and humankind.

Commonly known as Chan Chu in China, it signifies the protection and accumulation of wealth. If you keep it in your wealth area, it is supposed to bring you lots of money and good fortune.

What Is Money Origami Frog Meaning

In Japan, the money origami frog is commonly known as ‘Kaeru’. The Japanese consider frogs as a sign of good luck and associate them with fertility.

How Do You Use Jade Money Frog

The money frogs are quite popular and are of great significance in the Chinese art of Feng Shui. They not only attract wealth and prosperity into their owner’s life but also prevent them from evil spirits.

You will often find the money frogs made from jade since this gemstone is widely known for. Its strength, renewal, and endurance while it encourages both financial and spiritual growth.

The jade money frog is usually recommended for artists and executives as it brings them fortitude, balance, and clarity and ensures their success in their field of work.

It must be kept in the wealthy corner of your space so that it brings you load of success and good fortune.

What Is Money Frog Tattoo Meaning?

Q: Can we keep the three legged toad inside the bedroom?

The best place for adding this magnificent money frog statue is in the money corner and in the living room. Do not place this in the bedroom as it can stagnant the flow of money.

The laughing buddha statue itself is a symbol of joy, happiness, calmness, and wealth. When combined with the money frog, it makes it a super powerful symbol for attracting and doubling plenty in life.

Q: Difference between money frog with and without coin?

Both the symbols are signs of wealth. With coin in a mouth of a frog represent the solitary cash flow. If in your money frog coin is missing then bring the Chinese coin and put it in a mouth.

An elephant is a symbol of power and victory. When combined with a money frog means the victory in the business, share marketing, or new business opportunity with profitable deals.

Q: How many money frogs can be kept?

You can keep up to 3 and 5 money frogs in the house as both the numbers are the numbers of luck, success, and growth.

The Money Frog Placement is recommended if you believe in Feng Shui as it will bring lots of money and good fortune.

However, it is better not to put heavy-handed displays of these statues. Because huge looming figures of money frogs may make your house guest or clients uncomfortable.

Which might act as an obstruction in the free flow of wealth and abundance. You must remember that the money frogs should liven up your space.

Keep money frogs in the right corner with either red ribbon tied to them or place them on red paper to enjoy good fortune and long-lasting prosperity.