The Arowana Fish is known for its strength and appearance, this makes it the costliest fish among them all. It’s also considered the most auspicious fish and symbol of good luck in Feng Shui.

The Arowana fish is a tropical freshwater and considered one of the most expensive exotic fish for aquariums in the world and that is due to its beauty, strength, and appearance.

Another thing related to Arowana fish is that it’s also known for its auspiciousness. In this blog, we are going to talk about Why Arowana Fish Is Considered Lucky In Feng Shui and how to place Arowana status along with the below points.

Also known as the lucky fish or Dragon Fish (due to the luster of the scales). The Arowana is characterized by its large size (can react 120 centimeters), elongated body, and tapered tail.

Significance of Arowana fish in Feng Shui? Why they are lucky

For Feng Shui practitioners, Arowana or Arowana is one of the greatest symbols of good fortune, abundance, and success in business and commercial aquariums.

Arowana owners, who are followers of Feng Shui, strive to ensure that the fish are well fed and in optimal health, which is evident when the scales acquire a pink and gold tint.

These shades (pink and gold) in the Arowana’s body, together with its progressive increase in size, represent prosperity, wealth, and business growth.

Arowana fish are very dominant in their space and develop rapidly on their own (Single specimen). This natural characteristic of their behavior associates them with the manifestation of power and authority.

Read– How to care for Arowana fish

where to place Arowana fish statue in home

While placing any symbol or picture of Arowana fish, check out the directions, as they minimize the negative effects of the house. The best position or direction for the fish is the North-East or East direction.

What are the benefits of the Arowana fish?

If you decide to have Arowanas, then you should know that all its benefits and maintaining them require a lot of diligence and patience on your part.

In Feng Shui, the number 9 is a great number for the Arowana fish, it influences positive energies and restricts bad energies. Many symbols are used to represent abundance and wealth one of them being the Arowana Fish.

The Arowana of the fish is related to the energy of water. Water is a life-giving element that symbolizes continued abundance. While fish provide food, which is why they are associated with health, wealth, and prosperity.

Another of its meaning within the Chinese symbolism is that of fidelity and good company since many of the fish swim in pairs.

For this reason, many of the Feng Shui cures have two swimming fish which can be used for the success of love and marriage.

Although fish are used for these purposes, there are fish that are more representative of Feng Shui. These fish are Arowana, koi fish, and Goldfish.

These fish are one of the most representative fish of Feng Shui wealth. They are also known as dragon fish for their appearance since their scales resemble the image of the Chinese dragon.

Yachts, luxury cars, and private mansions. These are some of the usual items for those who possess extreme wealth. But for the eastern elite, there is a very exotic fish that has become an obsession for billionaires and a hallmark of social status.

Which one is it? The Asian Arowana is one of the most expensive aquatic creatures in the world and is rumored to be priced up to $300, 000 (about 258, 000 euros) according to CNBC.

Prized for its glowing scales and sinuous body, this animal is also known by the nickname “dragon fish” is not a typical pet. They breed through southeast Asia and can grow around a meter in length.

Some owners are so enthusiastic that they even spend money on shaping their chin (51 euro) or eye make-up (77 euro).

In Malaysia, 5 specimens of Arowanas were stolen from a woman’s house and a stabbing to the death of an aquarium owner.

Many even believe that they bring good luck and fortune. Tales abound of the Arowanas who sacrifice their life to jump out of the pond and warn their owners of negative financial decisions they are about to make.

Protected by the Endangered Species Act, a total of 183 countries signed a treaty in 1975 to ban it from being traded internationally. Currently, it cannot be legally brought to the United States.

Here are some possible tank mates to consider:

What is the meaning when Arowana Fish Dies?

If your Arowana fish dies, it brings a very positive influence in your household, home, and offices.

It is seen as a rare sacrifice that takes away every bad energy from you in Feng Shui. It is believed that when Arowana fish dies, it takes away death and sicknesses from you and your family.

Which colour Arowana fish is lucky

Like any kind of Arowana Fish In Feng Shui is lucky, but the most auspicious type is a dragonfish because of its similar-looking appearance and the coin-like scales patterns.

How to use Arowana Fish In Feng Shui as a charm?

Arowana fish with a coin in the mouth is the luckiest Feng Shui charm that depicts wealth and abundance. Keeping this charm in the North and East direction is the best place to enhance your career paths and business opportunities.

What are the Different types of Arowana Fish?

There are wide varieties of these magnificent spices. Let’s take a look below at their types with all the specifications. They are also called Asian Arowana.

How to care for Arowana fish

The most important thing that you need to look into to keep the Arowana fish in an aquarium is the size of the aquarium. The recommended capacity of the aquarium must be greater than (200 gallons).

The following formula will give you the ideal aquarium size for the Arowana fish.

Q: What is the Smallest Type of Arowana Fish Species?

The Jardini Arowana is The Smallest Size Fish Which Is 19’’. Even This Is The Smallest, It Looks Magnificent.

Q: What Is The Most Aggressive Type Of Arowana Fish?

The Australian Arowana Fish Is The Most Aggressive Among All Other Family Species.

The Silver And Black Arowana Are The Calmer Fishes On The Other Hand.

Q: How Many Arowana Fish Can Live Together?

As Discussed Above, You Can Keep 6 Or More Silver Arowana Together. Since They Are Not That Aggressive. They Will Prevent Smaller Ones From Being Excessively Cruel.

Q: What Type Of Arowana Fish Can You Have In the United States

keeping any kind of Asian Arowana is prohibited in the USA.

Q: How The Arowana Fish Tank Size Must Be?

The Minimum Size Of The Aquarium Is 160cm Long, 60cm Wide And 50cm High

Here we discovered everything on Arowana Fish In Feng Shui and Arowana fish care. Although keeping an Arowana is not for beginners, but fish lovers who are experienced can have this magnificent creature as a pet. 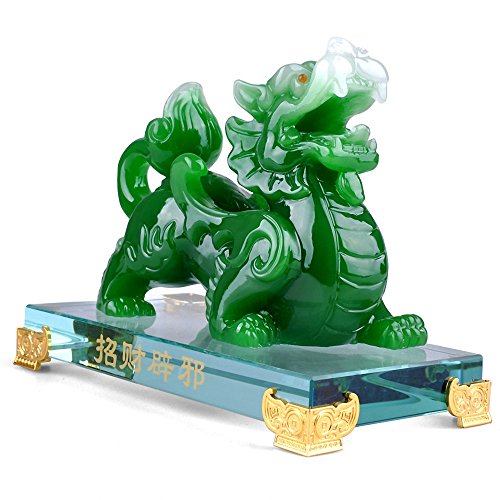 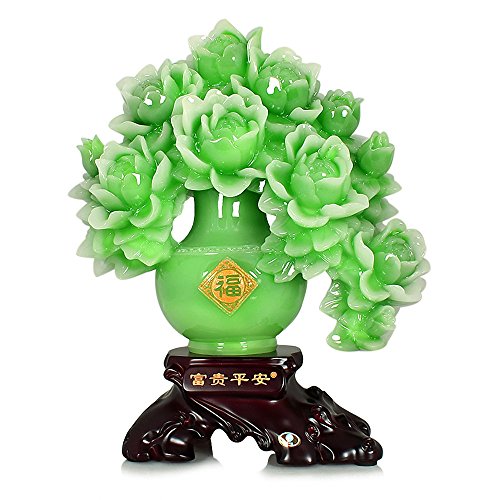 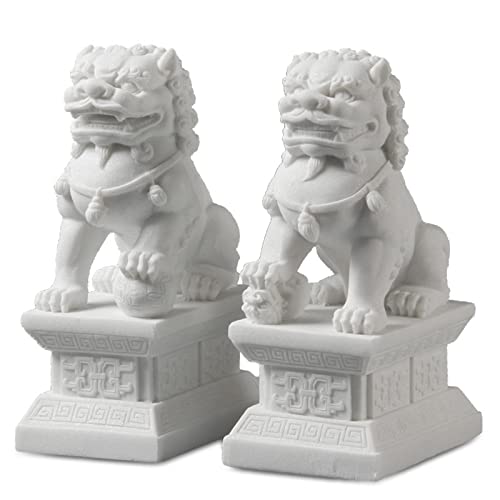 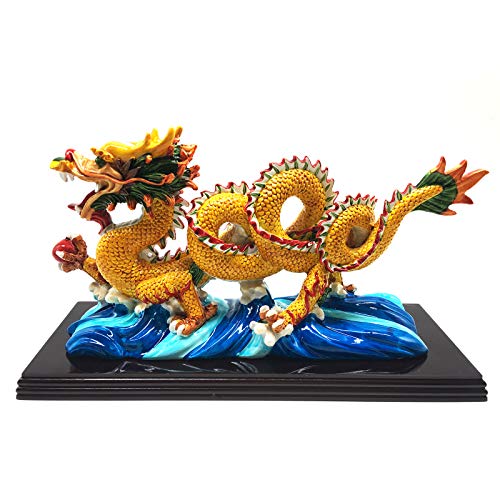 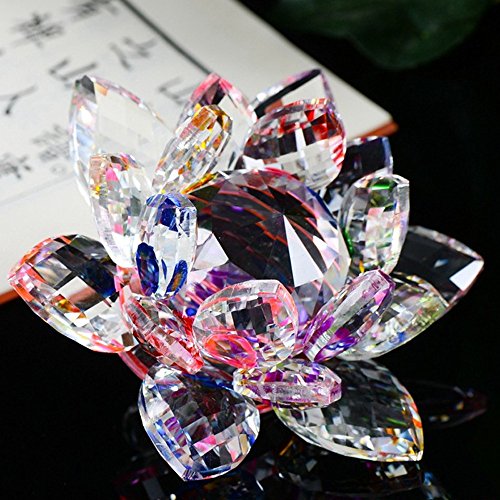 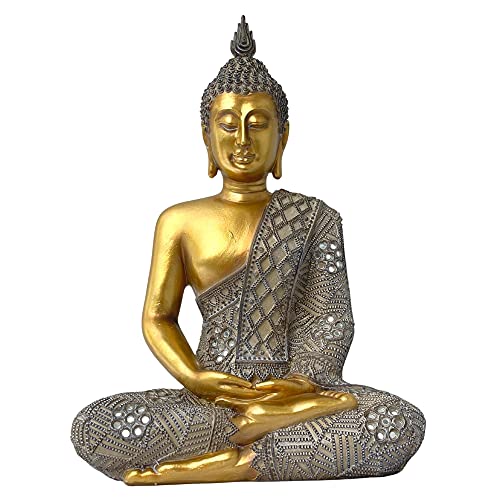